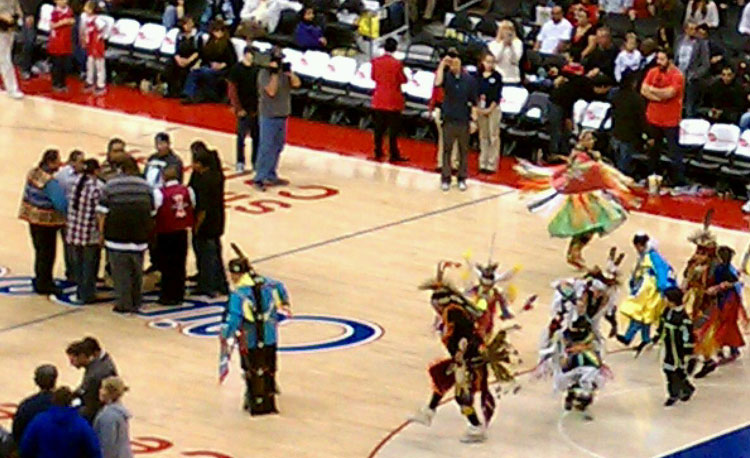 The Los Angeles Clippers may have danced after their 101- 85 victory over the Memphis Grizzlies this past Saturday night, but there were others dancing during half time of the National Basketball Association game.

Over 300 American Indians people primarily from low income homes attended the game. Most of the families who attended came from the Los Angeles metropolitan area, though one California based tribe sent some tribal citizens who traveled 300 miles round trip.

“We have had some great testimonial stories from the parents who told the ticket coordinator, Tracy Perez, that she would never have been able to take her kids to such an event because of the cost,” commented Ron Andrade, director of the Los Angeles City/County Native American Indian Commission. The event is designed to provide a culturally enriching experience for those who may not be able to normally afford to attend a NBA game. “We had a chance to give the kids a day I am sure they will never forget when they either danced or sat in the stands and watched other Indians dance at a major NBA event,” Andrade continued. Though the Los Angeles Clippers organization provided reduced tickets, other sponsors stepped up and provided needed additional financial support to make the event possible. 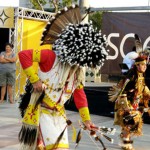