The Los Angeles County Department of Arts and Culture (Department) seeks two Artists or Artist teams to create a temporary artwork or program, in collaboration with the Los Angeles City/County Native American Indian Commission (Commission), in response to the November 2018 removal of the Columbus Statue at Grand Park, downtown Los Angeles. This opportunity is for Artists to design collaborative and Indigenous-centered artwork to coincide with Indigenous Peoples Day in October and Native American Heritage Month in November.

We invite the creative community to reimagine the space where the statue of Christopher Columbus once stood, to promote truth, reconciliation, healing, and recognition of the original peoples of Los Angeles and Indigenous peoples that now call Los Angeles home.The project will be a part of a larger series, Memory and Futurity in Yaanga, which will also include a survey and panel on the future of monuments and Indigeneity in Los Angeles County.

To submit a proposal visit: https://www.lacountyarts.org/opportunities/requests-proposals/rfp-artist-response-columbus-statue-removal 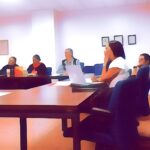 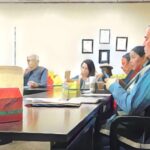